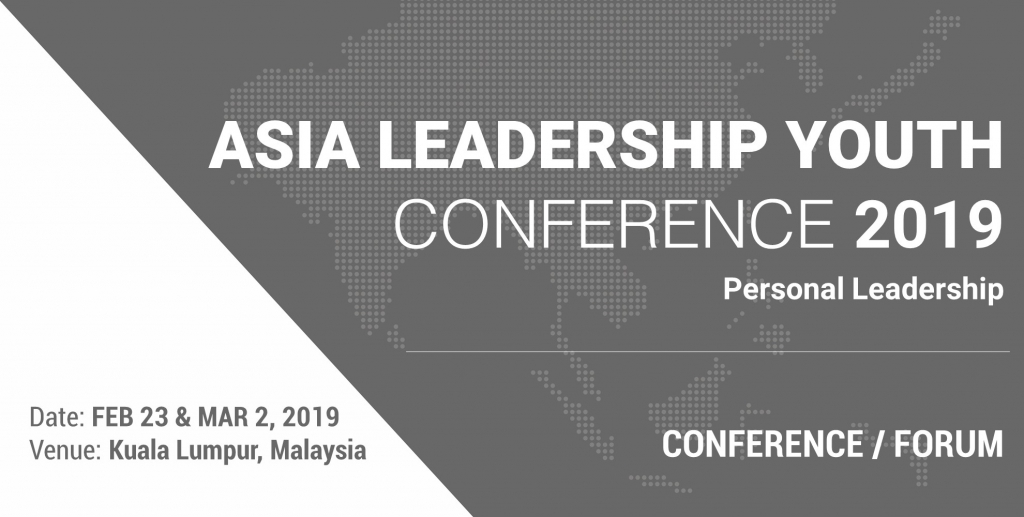 First inception in 2014, the Asia Leadership Conference (ALC) is an extraordinary opportunity to learn leadership, entrepreneurial, and 21st century core skills from scholars from Harvard, Stanford, Tufts Fletcher School of Law & Diplomacy, and other world-leading universities. The 19th and 20th ALC (Malaysia edition) takes place in Kuala Lumpur in February and March 2019. This 1-day leadership conference is designed to expose participants to varied leadership paradigms to better understand what real leadership looks like. Through a mixture of plenary sessions and interactive workshops, participants will have opportunities to learn effective communication skills to engage, motivate and mobilize peers towards common goals. Participants will also be exposed to innovative paradigms that can add value for personal development. 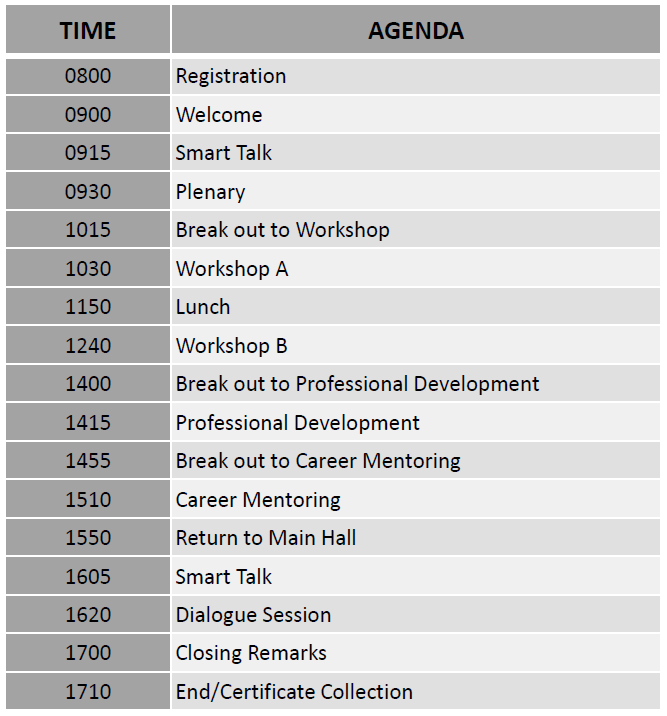 Youth between age 15 and 20 years old

Samuel is the Co-founder and President of the Center for Asia Leadership. Passionate about nurturing and empowering talents in Asia, he has been actively engaging various stakeholders in developing and running over 42 programs annually in more than 27 countries in Asia to help emerging leaders explore opportunities to be socially responsible in facing the region’s complex challenges. Samuel oversees them, along with a team of 36 comprising Faculty and Teaching Fellows from Ivy League universities, and administrators at the main office in Boston, U.S., and the Asian regional hubs in Kuala Lumpur, Seoul, Manila, and Tokyo. He prides himself on accelerating efforts to reach out to all 48 countries in Eurasia by 2022.

Samuel’s areas of research and training, among others, include ‘Negotiation and Mediation,’ ‘Persuasion and Influence,’ and ‘Systems Thinking & Creative Confidence.’ To date, some 32,000 burgeoning and established leaders from the government, non-profits, and corporate world in Asia have benefited from these programs.

Matthew Turner is a professional trainer and community organizer with over ten years of international experience in community building and education. As a local university faculty member under the auspices of the United States Peace Corps in the Ukraine, he chaired programs and meetings among 10 community groups to promote civil society, he led the leadership programming for secondary school students, and led USAID-funded health and wellness camps for over 200 middle school students. While in Kazakhstan also under the U.S. Peace Corps, he supported strategic planning efforts while directing camps for local youth. In the United  States and Chinese Taiwan, he designed and directed various language programs for business professionals and students, as well as training programs for teachers. While at Harvard University, he trained under Professor of Education Leadership Monica Higgins. Matthew holds an M.A. in International Education Policy from Harvard University.

Orianne Montaubin is a recent graduate of Harvard Business School. She holds a dual degree from the University of Pennsylvania where she graduated with Distinction in neurobiology and with Honors in philosophy. As a definition “Third Culture Kid,” she grew up living in nine different countries, spanning three continents. Her background paired with her undergraduate studies taught her the value of fast-adaptation in a world that is becoming increasingly globalized. She has thus made it her mission to use her passion and insights to inspire international communication, international education, and international understanding. Orianne has worked as a consultant in the Middle East in the public sector. Her focus was on negotiation, strategic implementation of public policies, and large-scale sectoral transformations. She believes that a deeper knowledge of the fundamentals of human behavior allows for more effective leadership. As such, while pursuing her MBA, she researched how emotional and communication cues affect judgement and decision-making. Now, she is currently the Regional Director of Strategy for a global real estate developer.

Faustino John Lim is the Co-founder and Director of International Affairs of the Center for Asia Leadership. A former fellow of the Harvard University Asia Center, he has worked in diverse organizations including the Embassy of Canada in Korea, the International Crisis Group, and in sectors such as English education and social entrepreneruship. At the Center for Asia Leadership, his team developed a Harvard student project into a full-fledged leadership training and research organization that has benefited over 16,000 individuals in 22 countries through over 80 conferences and leadership programs. He also pioneered the Center’s research and publication arm, advising the interviewing agenda of over 100 minister or director-level individuals fro mthe public and private sector, resulting in five published books. He also established the Asia Leadership Institute, mentoring and coaching over 30 Teaching Fellows from Harvard Business School, Harvard Kennedy School, and the Stanford Graduate School of Business, while developing a network of value-driven companies and NPOs, resulting in annual programs in six countries.

Umar Shavurov holds a MPA from the Harvard Kennedy School and MA in International Relations and Conflict Resolution from the University of Salvador (Argentina). He also holds a Diploma in International Relations from the Kyrgyz State University. He worked extensively over the last decade internationally on public sector reforms in Latin America, West Africa, and Central Asia. During 2017 fall term Umar taught an inaugural course on Adaptive Leadership at the American University in Central Asia.