Skip to content
Adaptive Leadership: Leading an Agile Workforce for the 21st Century

Adaptive Leadership: Leading an Agile Workforce for the 21st Century 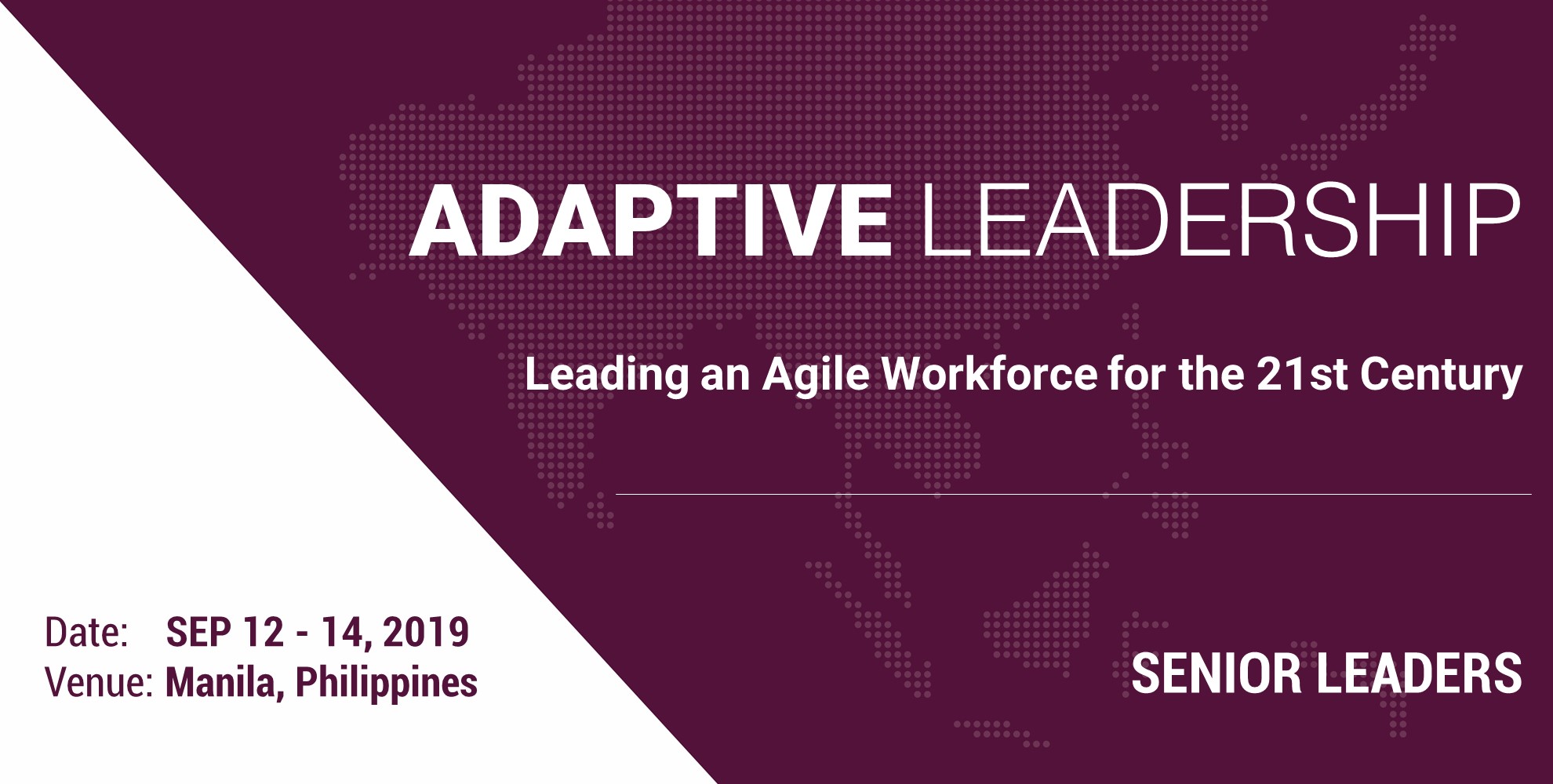 The 21st century has brought a new kind of workplace filled with new opportunities, threats, and challenges, in which solutions and the right path forward are not self-evident. To be an effective leader, one must adapt to fast-changing and uncertain environments, manage the dynamics around complex challenges, while scaling a process for teams and organizations to learn and innovate.

Adaptive Leadership: Leading an Agile Workforce for the 21st Century is a 3-day program of the Adaptive Leadership at Work series by the Center for Asia Leadership. The program trains participants in the capacity to understand and methodically engage in the complex tasks of undertaking a process of transformation and continuous renewal in their teams, departments, and organizations. Participants will walk away with a toolkit to employ methods of stakeholder mapping, perspective-taking, interventions, and strategic communication techniques that help identify roadblocks, garner perspectives, gain insights, make progress, and develop an agile workforce.

Participants will engage in plenary sessions, interactive workshops, and case discussions with Teaching Fellows from Harvard University and other world-leading institutions. By the end of the program, participants will learn to interpret the dynamics of power and progress, and respond constructively and proactively towards driving transformation and building an adaptive culture.

This program introduces the Adaptive Leadership framework developed at the Kennedy School at Harvard University. Case studies from Harvard University and challenges and dilemmas faced by Harvard alumni will be discussed. The program also employs aspects of the Design Thinking process from the Stanford University Design School (Hasso Plattner Institute of Design) to help participants gain a creative orientation to problem solving; as well as the Immunity to Change framework from the Harvard Graduate School of Education, to help participants reflect on their own personal barriers to change.

• Leading an Agile Workforce for the 21st Century is ideal for Managers and Executives who are seeking to gain the personal and organizational leadership skills to initiate change and renewal within their organization or community.
• It is designed for Working Professionals in Business, Government, International Organizations, and Non-Profit Organizations who hold mid- to senior-level decision making roles.
• Other applicants accepted on a case-by-case basis.

Through the program, you will:

• Learn about the megatrends of the 21st century and its implications on leadership and the domains of personal, professional, organizational, and community life.
• Learn how to manage competing stakeholders and the losses associated with change.
• Learn how to use creativity, power, and authority to mobilize teams and help them develop independence.
• Gain a toolkit of skills to gain insights, solve problems, and instill a disciplined collaborative ecosystem that generates shared values, progress, and goals.
• Engage and internalize a process that allows one to identify barriers to change and a method to overcome them.
• Define and elaborate on an adaptive challenge you are facing and obtain valuable feedback that can help you develop an action plan to address it. 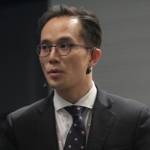 Samuel is the Co-founder and President of the Center for Asia Leadership. Passionate about nurturing and empowering talents in Asia, he has been actively engaging various stakeholders in developing and running over 42 programs annually in more than 27 countries in Asia to help emerging leaders explore opportunities to be socially responsible in facing the region’s complex challenges. Samuel oversees them, along with a team of 36 comprising Faculty and Teaching Fellows from Harvard and Stanford University, and administrators at the main office in Boston, U.S., and the Asian regional hubs in Kuala Lumpur, Seoul, Manila, and Tokyo. He prides himself on accelerating efforts to reach out to all 48 countries in Eurasia by 2022.

Samuel’s areas of research and training, among others, include ‘Negotiation and Mediation,’ ‘Persuasion and Influence,’ and ‘Systems Thinking & Creative Confidence.’ To date, some 32,000 emerging and established leaders from the government, non-profits, and corporate world in Asia have benefited from these programs. 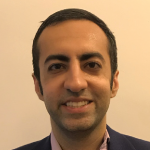 Rahul is a Futurist, Intrapraneur, Coach, and Ex-McKinsey Consultant. Passionate about designing and implementing organization-wide initiatives to build capabilities – he has over ten years experience founding or being in the early stages of 3 government startups: Strategy Group in Singapore’s Prime Minister’s Office, SkillsFuture Singapore (to encourage lifelong learning), and the Office of Climate Change (now upgraded to the Climate Change Development Authority) of Papua New Guinea. He has worked at both macro and micro levels, assessing the demand and supply of critical skills across industries at SkillsFuture Singapore, crafting scenarios for the future at the Prime Minister’s Office in Singapore, creating sustainable development plans with provinces in Indonesia while at McKinsey, scaling up agricultural extension services in Ethiopia through good governance and business practices, and building talent at the Office of Climate Change and Development in Papua New Guinea. Rahul holds a Master in Public Policy at Harvard University, focusing on political and economic development.

Faustino John Lim is the Co-founder and Director of International Affairs of the Center for Asia Leadership. A former fellow of the Harvard University Asia Center, he has worked in diverse organizations including the Embassy of Canada in Korea, the International Crisis Group, and in sectors such as English education and social entrepreneurship. At the Center for Asia Leadership, his team developed a Harvard student project into a full-fledged leadership training and research organization that has benefited over 16,000 individuals in 22 countries through over 80 conferences and leadership programs. He also pioneered the Center’s research and publication arm, advising the interviewing agenda of over 100 minister or director-level individuals from the public and private sector, resulting in five published books. He also established the Asia Leadership Institute, mentoring and coaching over 30 Teaching Fellows from Harvard Business School, Harvard Kennedy School, and the Stanford Graduate School of Business, while developing a network of value-driven companies and NPOs, resulting in annual programs in six countries. His current work engages him in researching and applying diverse leadership, education, and entrepreneurial models and frameworks within Asian contexts.